There’s much more to IQ than biology and DNA 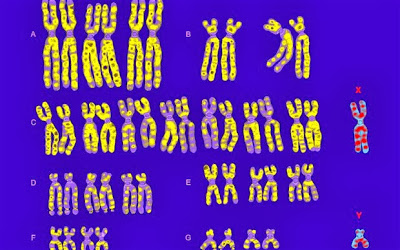 For geneticists, the more we learn about DNA, the more important the environment appears
Photo: Alamy
There was a bit of a spat about my own trade last week. Intelligence, so Michael Gove’s special adviser told us, is due to genetics. Dominic Cummings is convinced that a child’s fate lies in its DNA. He claims that as much as 70 per cent of academic performance is genetically derived – and that the quality of teaching, as a result, fades into the background.

That statement, and many like it, shows a fundamental misunderstanding of how biology works. Cummings is, no doubt, talking about a measure called “heritability”, the proportion of total variation in a population that is due to genetic variation. There have been endless squabbles about this, with estimates for adult IQ varying from zero to almost 100 per cent. But his figure of 70 per cent is not far from recent estimates based on the similarity of relatives, on adoptions, and on studies of twins.

Heritability is, crucially, a statement about populations, not individuals. It certainly does not mean that seven tenths of every child’s talents reside in the double helix, and that teachers hence become irrelevant. If anything, it means the opposite.


Nature and nurture always work together. Almost everything is genetic, but we usually deal with it by changing the environment. If you have, as thousands do, an inborn error that makes it hard to deal with cholesterol and pushes up the risk of heart attacks, the treatment is to cut down on fat and take statins. Being run over by a bus might seem the ultimate piece of environmental bad luck, but genes are much involved – for men, with their pesky Y chromosomes, are at twice the risk.


Biological differences in intelligence fascinate both ends of the political spectrum, and it is difficult not to become entangled in vulgar quarrels about doctrine when discussing them. But variation in height does not have that problem. There, heritability for adults is even higher, with figures of around 80 per cent; proof, perhaps, that the vertically challenged are born to be stunted.

In fact, that is not true at all. My father knew Dylan Thomas slightly (and disliked him a lot: in his words, “a terrible snob”). Once, writing of himself in the third party, Thomas claimed: “He was of normal height; normal for Wales, that is.” Well, at five foot seven, so was I – but not any more, for since the early Fifties, the average Celt has shot up by two inches. IQ scores have risen to match.


In Wales and everywhere else, the DNA has not changed, but circumstances have. The evidence is everywhere. Second, third and fourth children are shorter, and score less well on IQ tests, than firstborn, although they share the same parents. Whatever the importance of genes, the environment (be it a school’s cook or its maths teachers) plays a major role.


A closer look shows just how misleading it is to use heritability as a key to educational policy. For both height and IQ, the measure for children is far lower than for adults, since they respond much more readily to their circumstances: the IQ of a poor child adopted into a well-off household usually rises by several points. For 10-year-olds, the heritability of IQ is, in some studies, as little as 20 per cent.


With adults, social position also plays a major part. In America, with its extremes of wealth and poverty, the heritability of IQ among the poorest tenth is a fraction of their equivalents at the other end of the income scale: their miserable circumstances allow few among them to show their potential.
For geneticists, the more we learn about DNA, the more important the environment appears. The lesson from the double helix is that we need more and better teachers, rather than wringing our hands about the unkindness of fate. A few lessons about elementary biology might be a good place to start.