Assoc Prof Tan Kheng Boon Eugene (born February 18, 1970) is a law academic at the School of Law, Singapore Management University (SMU). An advocate and solicitor of the Supreme Court of Singapore, Eugene is a graduate of the National University of Singapore (NUS), the London School of Economics and Political Science, and Stanford University where he was a Fulbright Fellow. His inter-disciplinary research interests include the mutual interaction of law and public policy, the government and politics of Singapore, and the regulation of ethnic conflict. A frequent resource person for the international and local media, Eugene also writes a regular column on law, society and politics for the TODAY newspaper. On 9 February 2012, he was appointed a Nominated Member of Parliament by the President of the Republic of Singapore.
.
Jahabar Sadiq
. 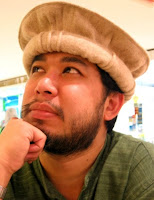 Jahabar Sadiq (age 45) is now Chief Executive Officer (CEO) and Editor of The Malaysian Insider, Malaysia's fastest growing news portal that began Feb 25, 2008. The portal covers mainly political and business news apart from news of the world, sports, lifestyle and entertainment. It made Twitter a news channel in Malaysia. He was a senior producer with Reuters Television, the international news and information broadcast agency, from 1998 to 2009. He covered the region from Afghanistan to East Timor producing breaking news and features that range from business to lifestyle. Jahabar was based in Jakarta from 2008 to 2009, covering Indonesia, Malaysia, Brunei and East Timor. He has also worked in Afghanistan, Nepal, Pakistan, Singapore and Thailand for Reuters Television. He was previously a Reuters correspondent covering politics and business news in Reuters Malaysia from 1994 to 1995 before joining AP Television for a short spell. Jahabar started his journalism career in the then leading Malaysian daily New Straits Times in 1988 before moving to Business Times in 1993. He was elected honorary secretary of the National Press Club between 2003 and 2006. His interests are photography and travelling.
.
Tan Kin Lian
.

Mr. Tan Kin Lian (born 9 March 1948) is a Singaporean business executive and social activist, the former Chief Executive Officer (CEO) of NTUC Income (top 3 life and general insurance company). During his leadership the company has grown from having S$28 million in assets in 1977 to more than S$17 billion in assets and over one million policyholders in 2007. Since then, his activities have included organising public rallies for people who lost their money due to investing in Lehman Brothers' Minibond products to seek redress and writing several books. Mr. Tan stood in the 2011 Presidential Election. He is now the President of the Financial Services Consumer Association (FISCA), an organisation to teach people about long-term financial security. He enjoys solving as well as making IQ puzzles, like Einstein Intelligence Quiz and Discover the Hidden Code (his version of the game Mastermind).
.
Kristav Childress
.

Kris is CEO of a Singapore cleantech startup as well as an Executive Advisor at the National University of Singapore's Enterprise Incubator (NUS-EI). He has worked on several US startup teams - some with global reach - in fields as diverse as laboratory equipment, enterprise software and energy. In his varied roles, he has been a noted guest lecturer at several American universities and presented testimony before the US Federal Energy Regulatory Commission (FERC). Kris currently helps young companies, particularly very early stage firms with disruptive technologies, to understand and develop new markets. He is particularly strong at helping startups that are still wrestling with their UVP (Unique Value Proposition), revenue models and overall marketing strategy. Kris joined US Mensa at age 18 and transferred his membership to Singapore Mensa after moving here in 2007 to chase his Singaporean sweetheart.
.
Yap Su-YinMs
.

Yap Su-Yin serves as the CEO of the Tan Chin Tuan Foundation. She stewards its philanthropic activities in Singapore. In addition, she oversees the grants and programmes of The Tan Sri Tan Foundation in Malaysia, and spearheads the developmental work of the Tan Chin Tuan Charitable Trust in the ASEAN region. Active in the charity sector, Ms Yap contributed to the Refinement of the Code of Governance for Charities and Institutions of a Public Character. She served on the judging panel for the inaugural Charity Governance Award, which is an initiative of the Charity Council. She was a contributor for the book "Changing Lanes, Changing Lives" by the Centre for Non-Profit Leadership. A former journalist, Ms Yap’s reportages have been published in newspapers, including the Asia Wall Street Journal, the South China Morning Post; as well as The Straits Times, where she initiated its weekly Charity-at-Home series. Ms Yap is an alumnus of the National University of Singapore (NUS). She is a Licentiate with the Guildhall School of Music and Drama in the United Kingdom, and holds an MA in Mass Communications from the University of Leicester.
.
Annelaure Vuillermoz
. 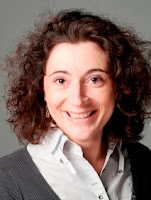 Annelaure is an Executive Coach, a Corporate Facilitator and a Business Developper. On the coaching side, she focuses on partnering with Gifted and ADHD professionals and champions an unconventional approach of diversity & inclusion. Her career includes 10 years in world leading multinationals (ArcelorMittal, Peugeot and Lafarge) where she earned management and global responsibilities. An experienced facilitator, Annelaure delivered trainings that spanned 4 continents and 11 countries. Leading change in organizations, she began her own change journey along the way: one of the tipping points was to discover her high IQ and ADHD at age 34. She holds a Master in Engineering, a MBA and INSEAD Executive Master in Coaching and Consulting for Change. Over the past 15 years, she has lived, studied and worked in France, Japan, Thailand and Singapore.
.
Jim Werdell
.

James "Jim" Werdell has been a Mensa member for 34 years and is presently a member of the Mensa Education and Research Foundation (MERF) Board of Directors. His past Mensa positions include: Chairman, Mensa International; member of the Mensa International Board of Directors (11 years); and, member of the American Mensa Board of Directors (12 years). In his personal life, Jim holds a bachelor's degree (Iowa State Universityin Ames) and a master's in business administration (MBA , Business in Wayne State University); his areas of expertise are information systems, communications, management and law enforcement.. Now, Jim is retired, but he still serves as a Reserve Deputy Sheriff in California.
.
Lee Yee Dian
.

Mr. Lee Yee Dian graduated from Osaka University, Japan, in 1984 with a degree in Electrical Engineering. Currently he serves as the General Manager of Innovation (Malaysia) Sdn, Bhd, a company that designs, develops and delivers programs and courses in Creativity & Innovation. He is active in the Malaysian Association of Creativity & Innovation (MACRI), serving as its Vice President. In his free time, Mr Lee pursues a deep interest in puzzles, or anything that teases and challenges the mind. He is the foremost puzzle expert in South-East Asia, and has more than 30 years of knowledge and experience in this field. He is also an avid Sudoku player who can solve very difficult Sudoku puzzles. He is married with two teenage children, and the family lives in Bandar Utama, Petaling Jaya.
.
Thorsten Kreissig
. 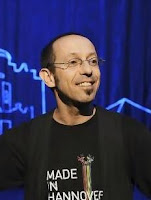 Enjoying a career in the performing arts as dancer, actor and singer Thorsten Kreissig soon moved into the fields of choreography and direction. Educated at the prestigious John-Cranko School in Stuttgart he performed as a solo dancer with different companies before moving as ballet director to Lucerne (Switzerland) in the early nineties where on top of brushing up famous classical ballets created he developed a fresh repertoire of pieces anticipating on media reception we now experience with the Internet. He then studied psychology in Berlin and while still working as director for theaters in Europe has been facilitating and training the communication skills of scientists, businessmen and teachers by introducing them to concepts such as storytelling and proper dramatic build-ups of lecturers. In 2007 he was responsible for one of the largest public dancing events worldwide. Celebrating the 80th birthday of the creator of the Stuttgart Ballet Miracle John Cranko, he set a whole city dancing. He is also very active as a TED translator and in 2011 he was responsible for creating the TED inspired conference "Smart Cologne" (Köln denkt mit) for Mensa Germany.
di 18.35